try for free
watch our demo

Penetration testing is the process of simulating real cyber-attacks against your own systems in order to discover security holes that attackers can take advantage of. It’s a term which encompasses the many types of security testing that can be used to help protect against malicious actors wishing to compromise your systems or sensitive information. Some elements of the penetration testing process can – and should! - be automated. Intruder’s automated penetration testing tool helps you beat the bad guys to it, by finding your security weaknesses before the hackers do.

‘Penetration Testing’ is a term which is often used to describe an annual or bi-annual process where a business performs security testing on their systems. However, modern attackers are automating their efforts, scanning the internet constantly for vulnerabilities to exploit, and businesses can no longer afford not to have their own automated penetration testing tools in place.

Intruder’s penetration testing tool checks your systems for vulnerabilities which include web-layer security problems (such as SQL injection and cross-site scripting), infrastructure weaknesses (such as remote code execution flaws), and other security misconfigurations (such as weak encryption configurations, and systems which are unnecessarily exposed).
‍

Modern attackers don’t wait to act and usually execute their attacks within weeks of new vulnerabilities being discovered. In fact, around 20 new vulnerabilities are discovered every day, many of which are in technologies which sit on your perimeter systems – exposed to the internet.Intruder’s automated pen testing processes allow you to eliminate threats to your business by performing proactive vulnerability scans that discover security holes in your most exposed systems automatically.

Manual penetration testing is a great way to take a snapshot of your security at a point in time, but what about new vulnerabilities which are discovered - or those which are introduced through development mistakes between tests? If you don’t have regular vulnerability scanning in place already, getting started with an automated solution that gives you continuous coverage between manual tests is a no-brainer.

Intruder’s penetration testing tool includes proactive checks for emerging threats. This means when a new vulnerability is discovered in software deployed on your perimeter, Intruder’s scanner can find vulnerabilities – even when you aren’t aware that they exist yet. This kind of proactive action is essential for businesses that don’t have processes in place to research the latest threats and manually run scans for them. 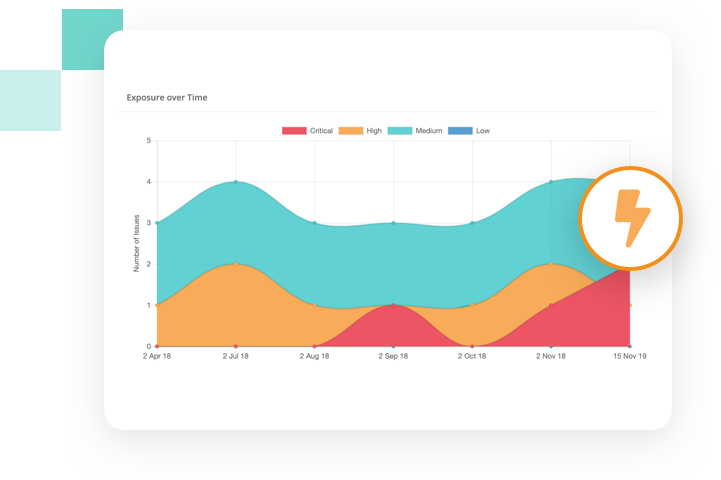 Intruder’s external pen test tool uses the same underlying scanning engine as the big banks do, so you can enjoy high quality security checks, without the complexity.  It also curates its results to help you prioritise your security issues which will have a real impact, and uses noise reduction algorithms to store issues with no security impact in a separate panel, so you can focus on the issues that matter first.

Intruder’s Verified service includes manual verification by penetration testers, so automated vulnerability scanning is closer to a manual penetration test than ever. Your scan results are analysed for their real risk, and false positive results are omitted, so you’ll never again need to waste time reading security issues which have no real impact on your business.
‍

Scan results from other pen testing tools on the market can be challenging to say the least. Intruder’s issue descriptions are written in accessible language which focus on the real security impact of issues, and the types of real-world attacks that can arise from them. Its reporting system is accessible to less technical readers, whilst also maintaining all the technical detail required by the security professionals and developers that will be working on fixes for the security weaknesses it uncovers.

Intruder’s online penetration testing tool is a SaaS product which works seamlessly with your technical environment. Without any need for lengthy installations or complex configuration, it’s very easy to get set up. Testing your systems from an online pentesting tool simulates where real attacks would also be coming from – the internet. What’s more, Intruder comes with a range of useful integrations to make vulnerability management a breeze:
• Cloud integrations: Automatically manage your AWS, Azure and Google Cloud targets with ease, from within the Intruder platform.
• Slack: Keep an eye on your security exposure in real-time with Intruder’s Slack integration.
• Jira: Send security issues to Jira, for easy tracking of your security issues.
• Microsoft Teams: Get notified about important events in the Intruder platform, such as when a scan completes or when we check you for the latest emerging threats.
• Zapier: Extend Intruder to 2,000+ other apps and move your info between web services automatically.
• REST API: Full automation of your vulnerability management process is possible with Intruder’s REST API, so you can integrate Intruder with your development and deployment cycles seamlessly. 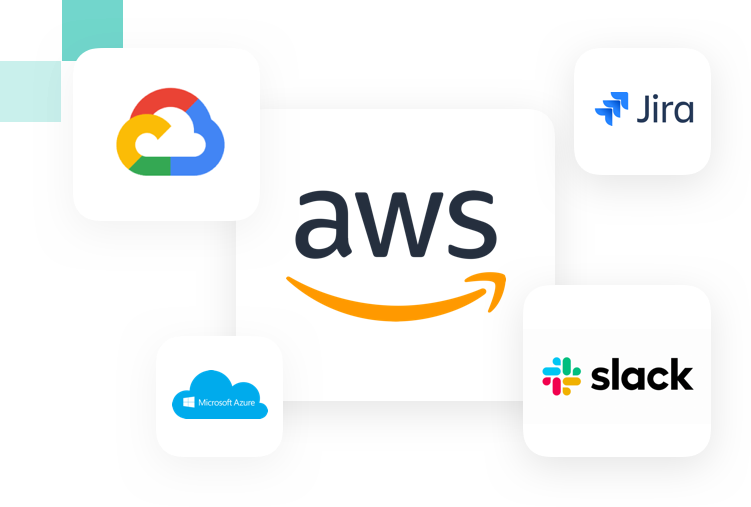 "We use Intruder for penetration testing - either via automated vulnerability scans or the more manual exploratory penetration test. The primary benefit is the peace of mind that it gives us and our partners that we have had some independent validation and on-going monitoring of our critical be-spoke application services." Read full review
‍
Timothy, CTO at Aire 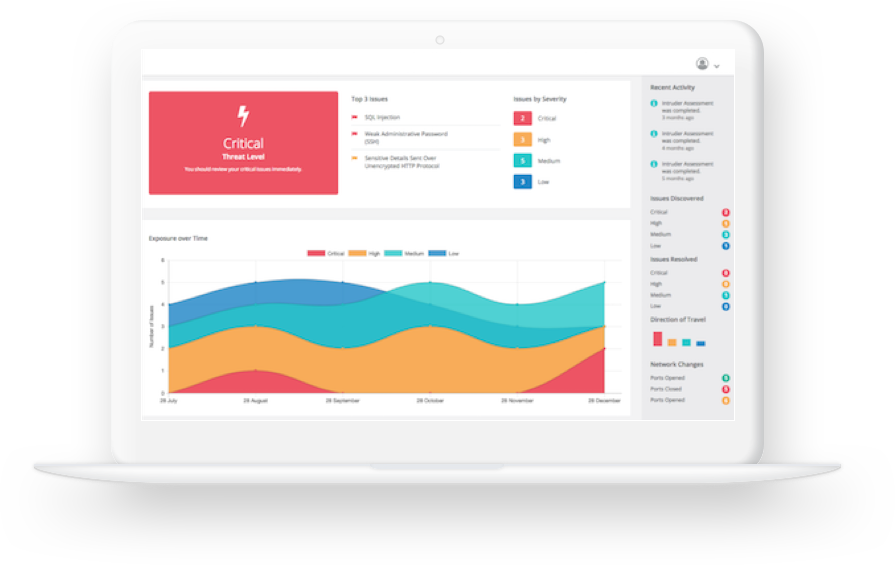 of Intruder's pentesting tool, to provide continuous protection for your perimeter systems today!